The space for temporary exhibitions located on the ground floor of the seventeenth century Palazzo Sormani, designed by Francesco Maria Richini and Benedetto Alfieri, It is placed in the wing of Sormani Library designed by Arrigo Arrighetti in 1956, after the damages suffered by the building during the Second World War. On the occasion of the exhibition "The years of current", major retrospective exhibition on the Current Movement which were relocated large display panels whose editors participated in the late seventies known Milanese intellectuals, the Library has decided to adopt a new stable display support, durable and easy set-up. The media project, from a reinterpretation of the famous Persian projects and the Nizzoli 1934 for the Hall of Gold Medals at the Air Show, and the Monument to the fallen in the concentration camps of the BBPR 1946 the Monumental Cemetery in Milan, It expects to free up space by the opaque paneling at presistenti “stanza”, realized on another temporary exhibition, and replace them with a thin semi-transparent trellis frame, square similarly to the windows behind module, returning to unity wide dell'Arrighetti room and releasing light and visual towards the interior elevation of the windows, whose height should be a project constraint it was considered.
The trellis frame, drawing a new volume of air to "wire" arranged inside the space, It allows fluid paths, a proper control of the hall and a solid support for each type of displays and different formats, at the same time doubling the exhibition space. In order to facilitate the preparation without having to operate holes, the trellis frame is coated, in whole or in part, microperforated semi-transparent sheet: a fixable support frames / panels / photos and videos without having to operate with chains, nylon cables, etc. The distance between perforated panels also allows a sophisticated optical effect.
The modular structure, designed with a particular section and relationship between the parties but starting from the place and from the iron panels factory module, It does not provide any waste of the material used, Iron gunmetal. The frames have screw hinges welded on four sides so as to provide at least another 12 types of self-supporting equipment (bound to the ground with anti-anchors). The special arrangement designed for this production, with circulation around a central core of works, It allows you to quickly install the shows without interrupting the user's public passage to the reading room.
It is intended in this way to imagine the temporary installation of the exhibition "The years of current" as a useful legacy for the future. 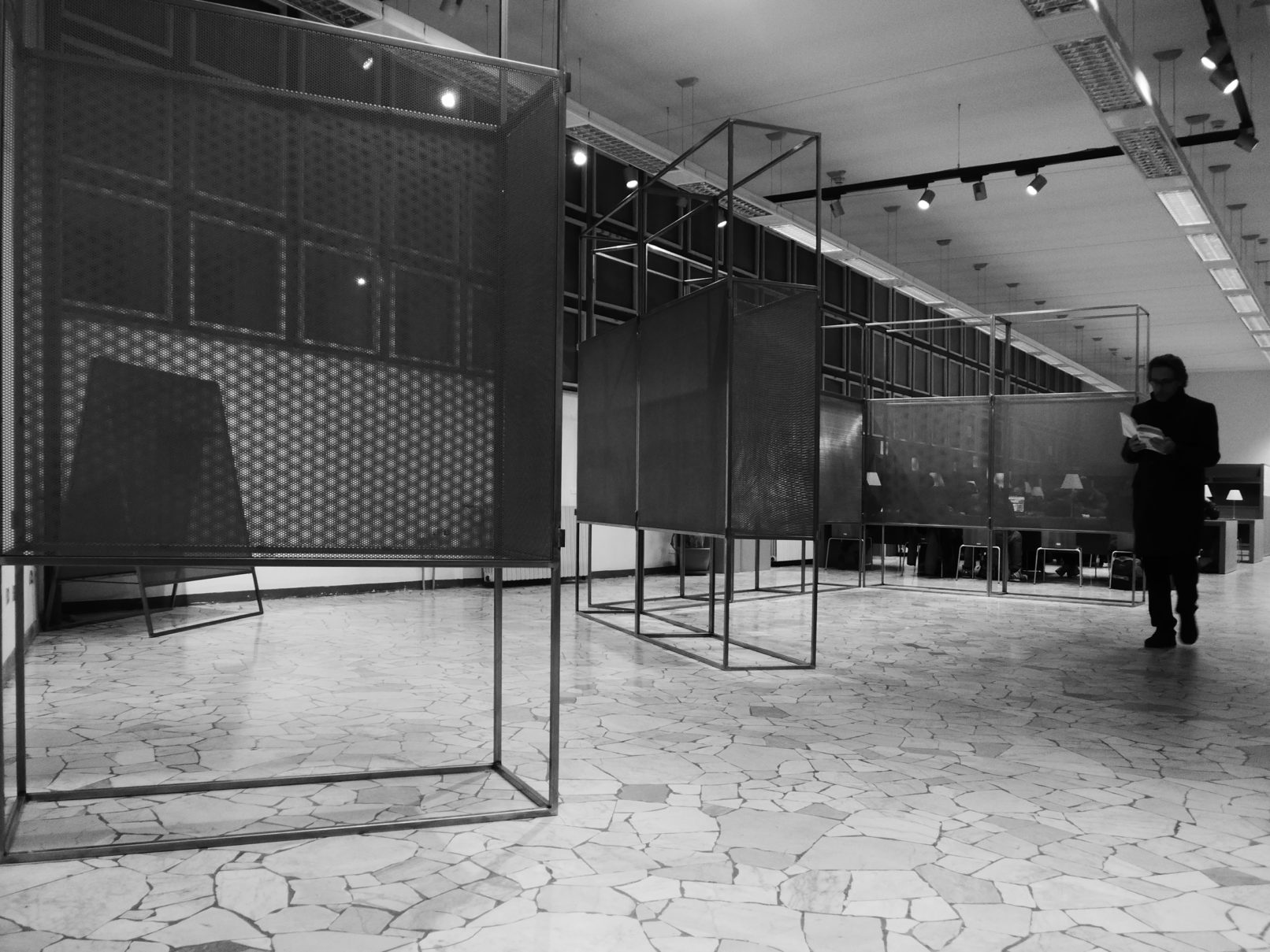 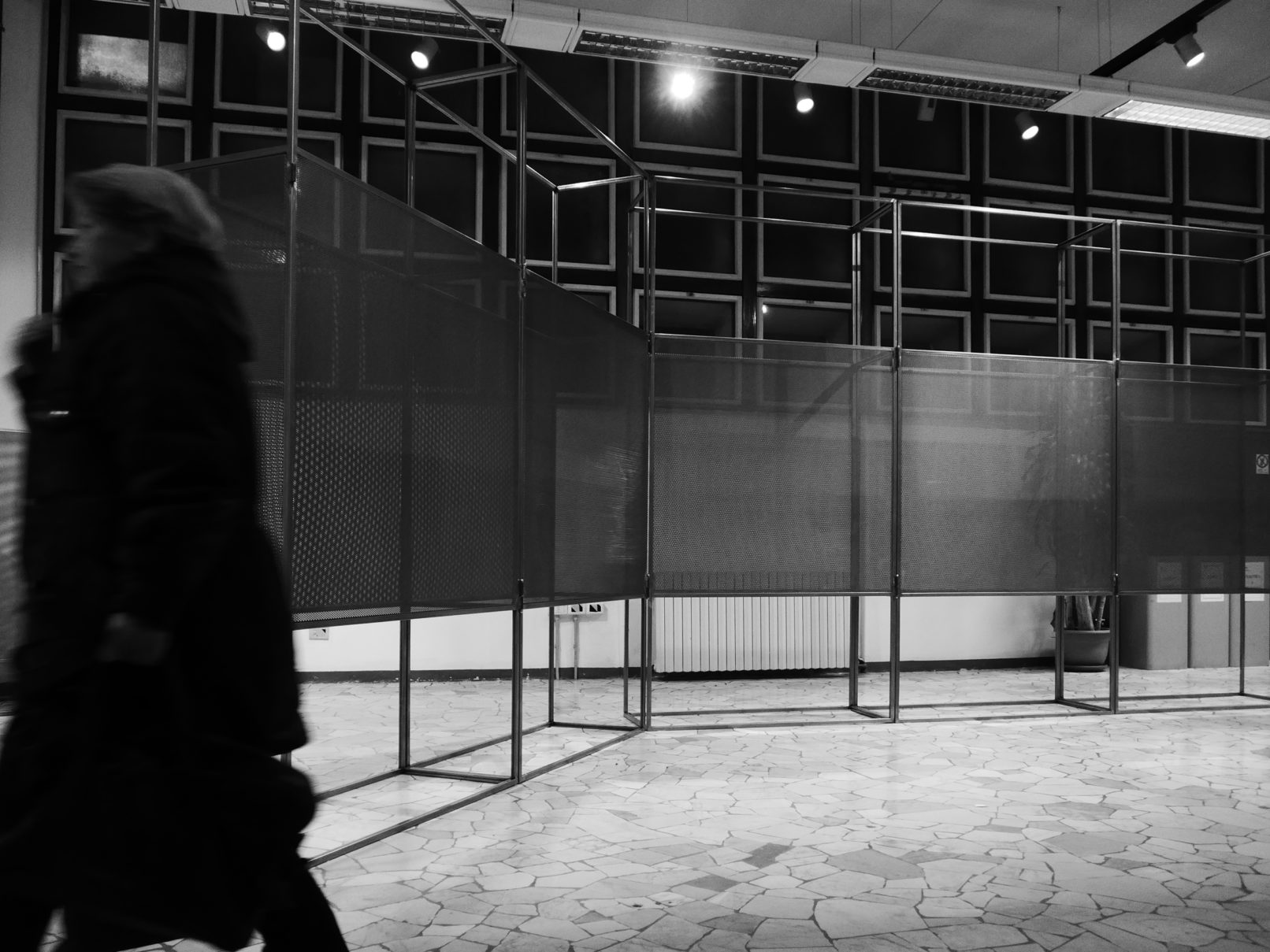 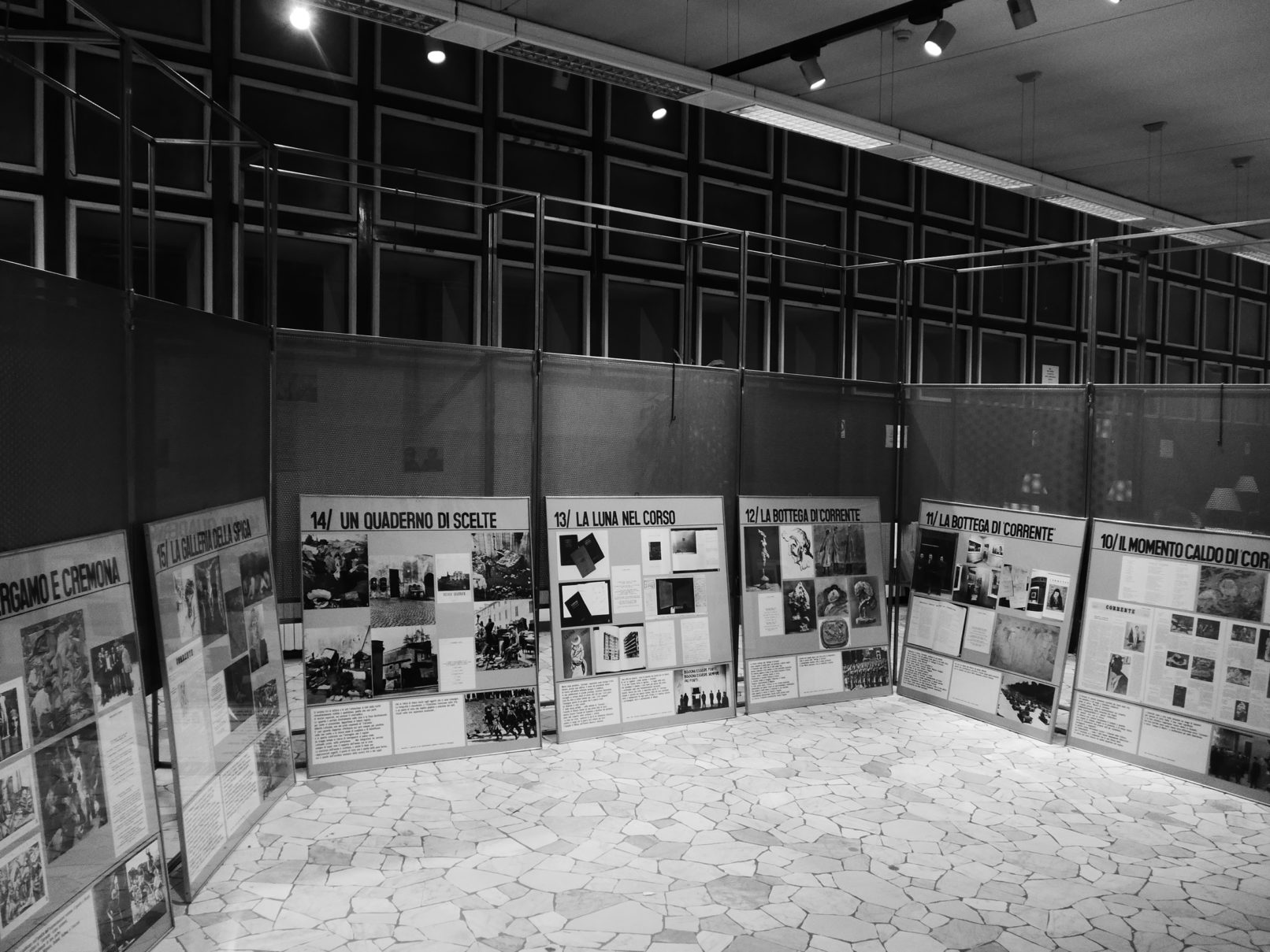 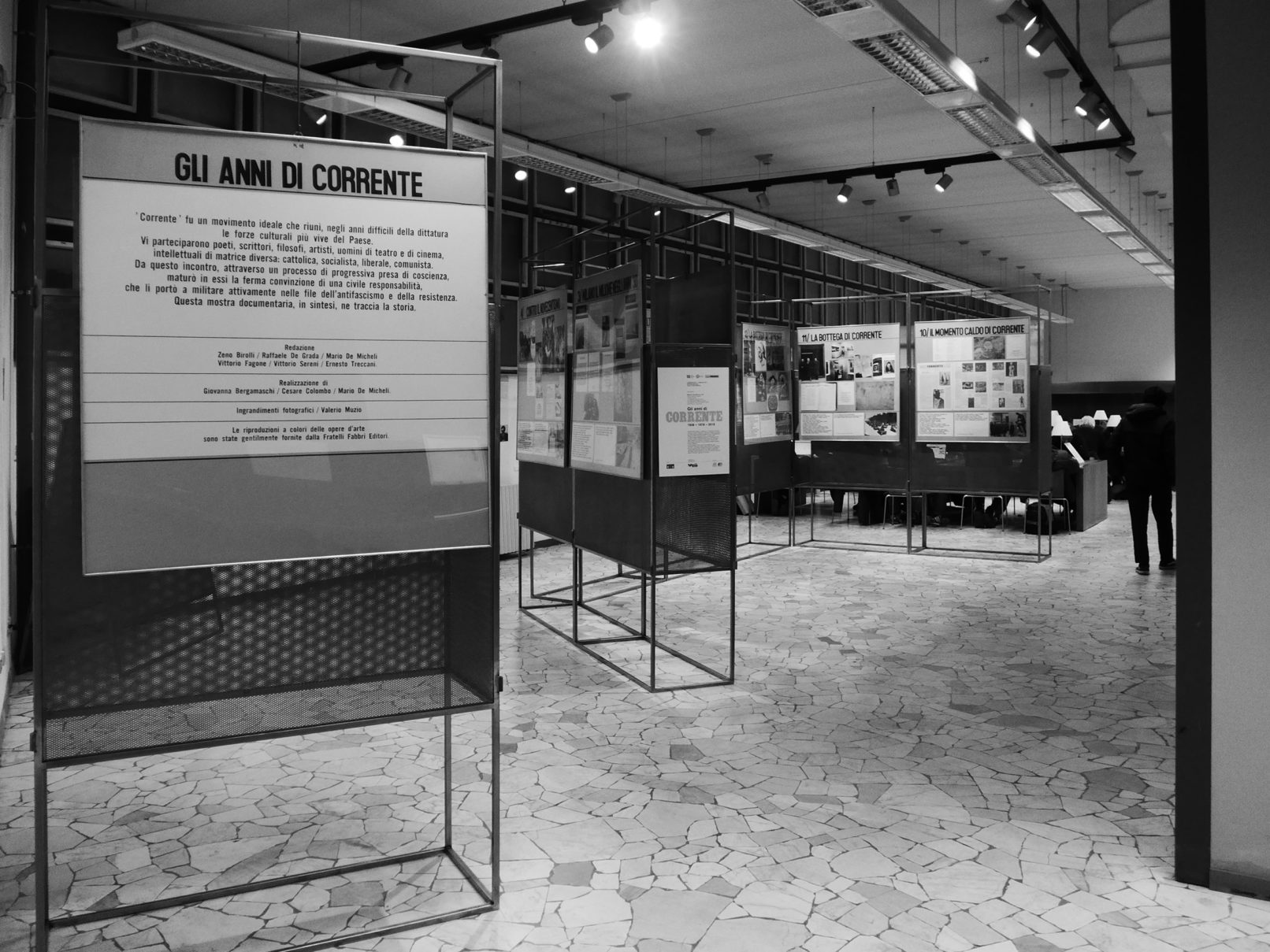 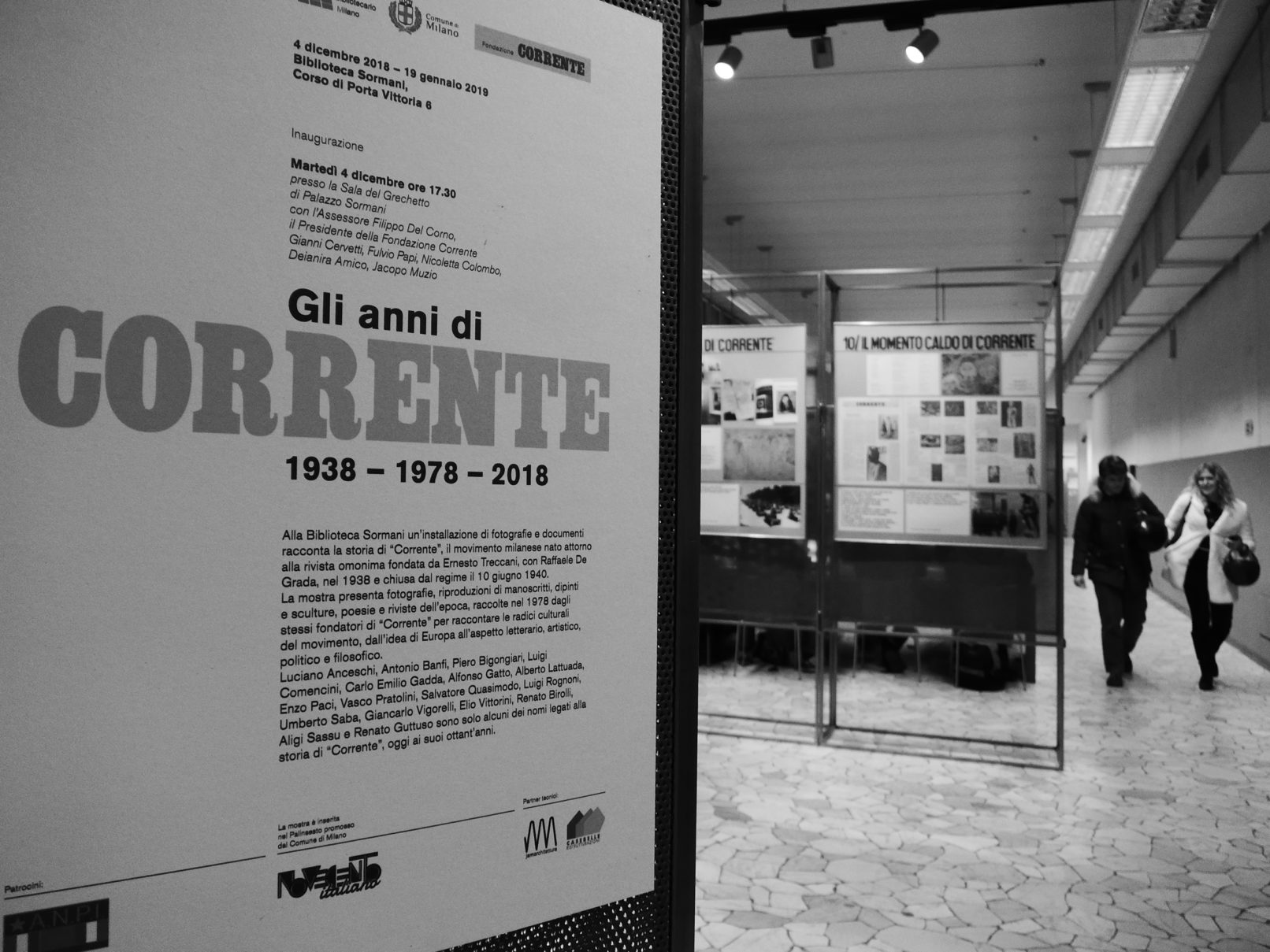 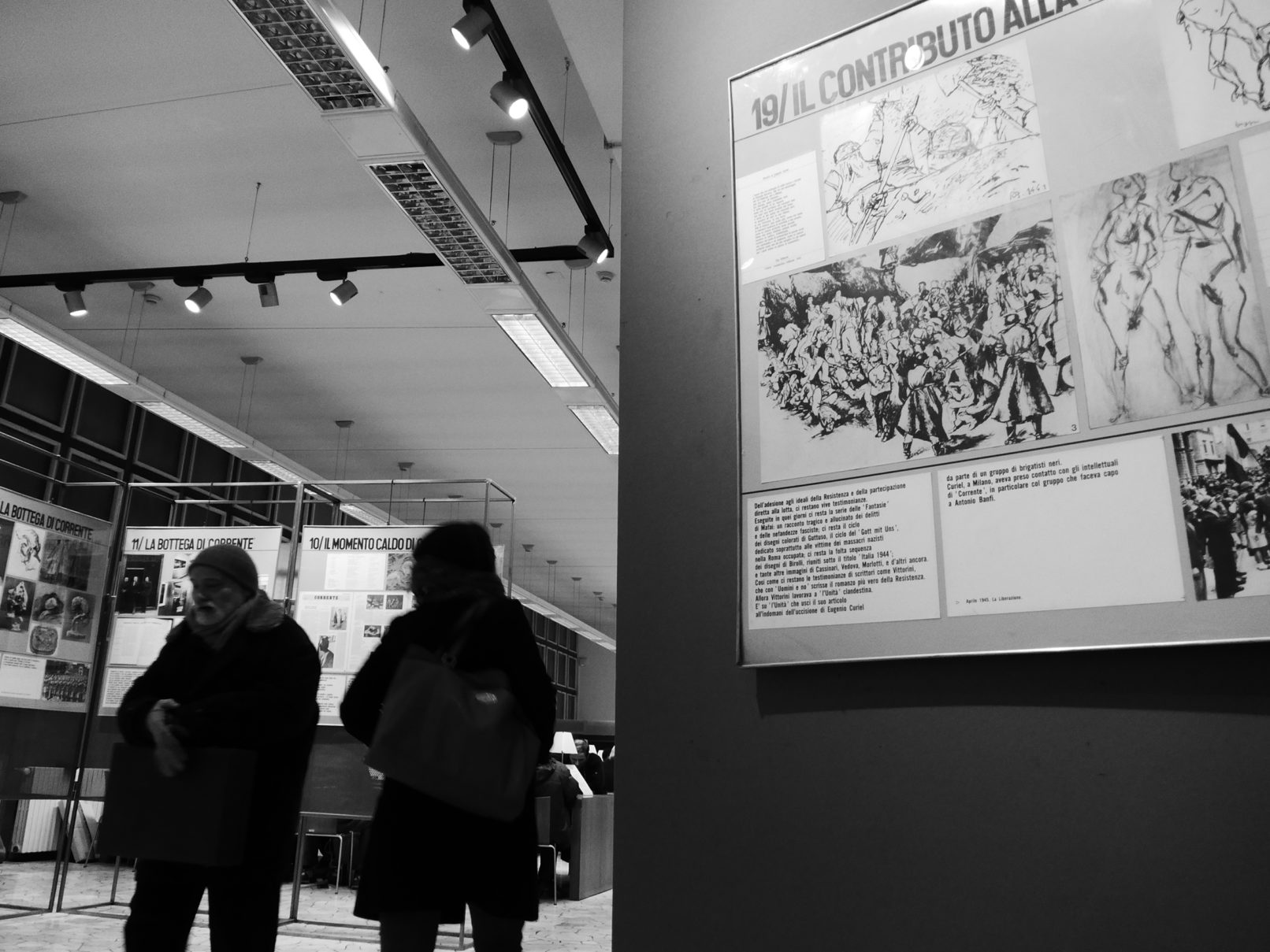 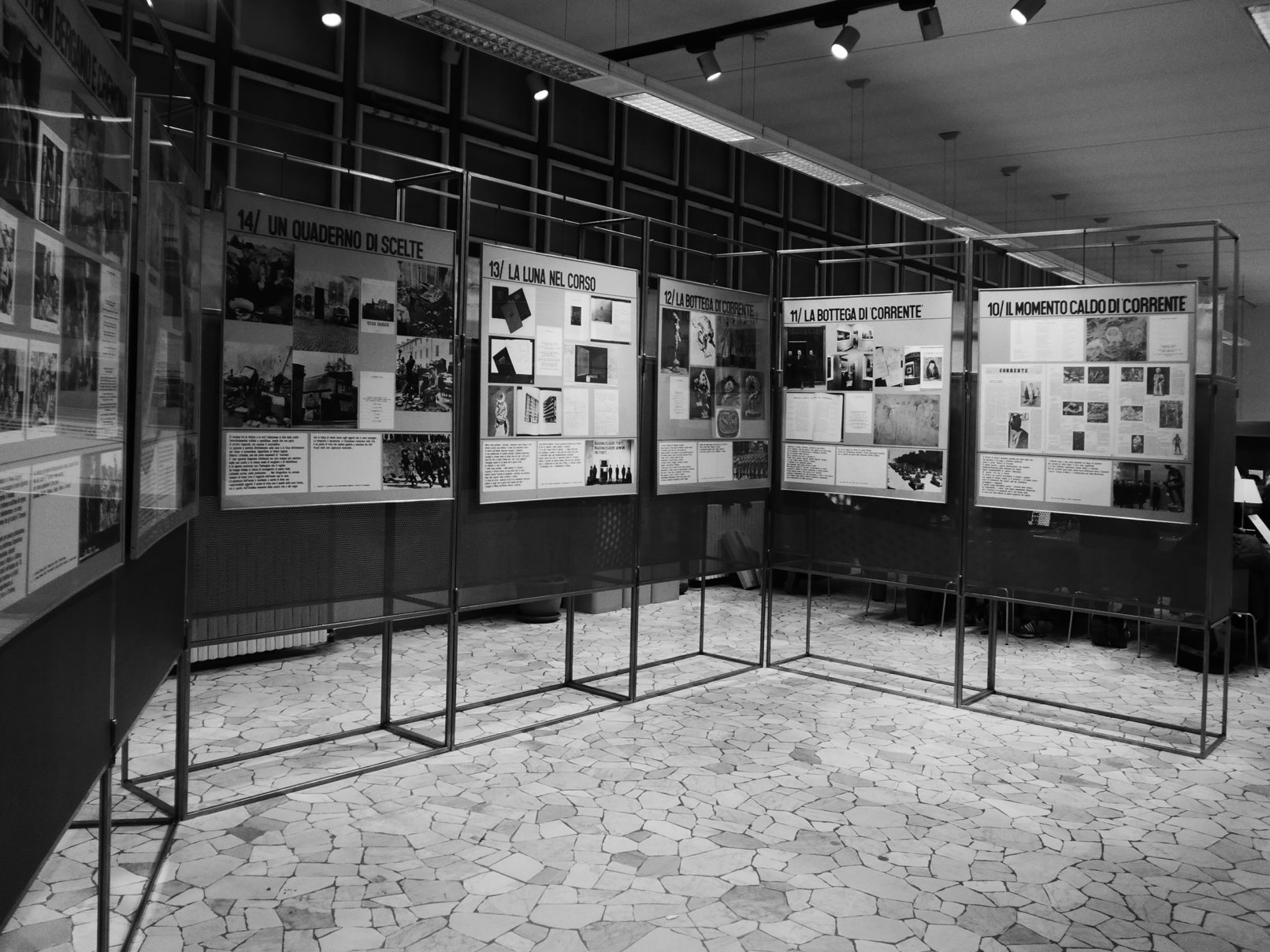 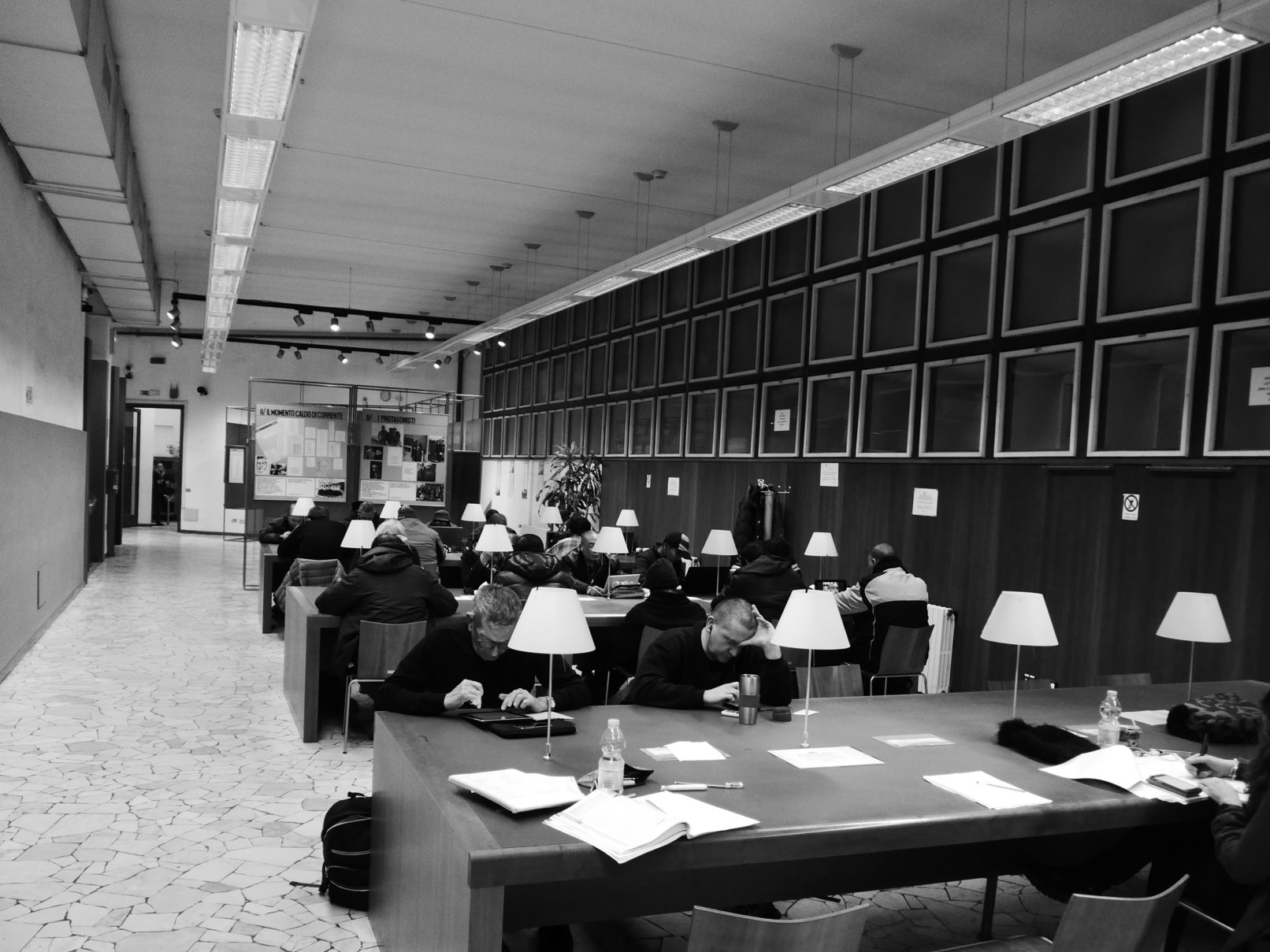 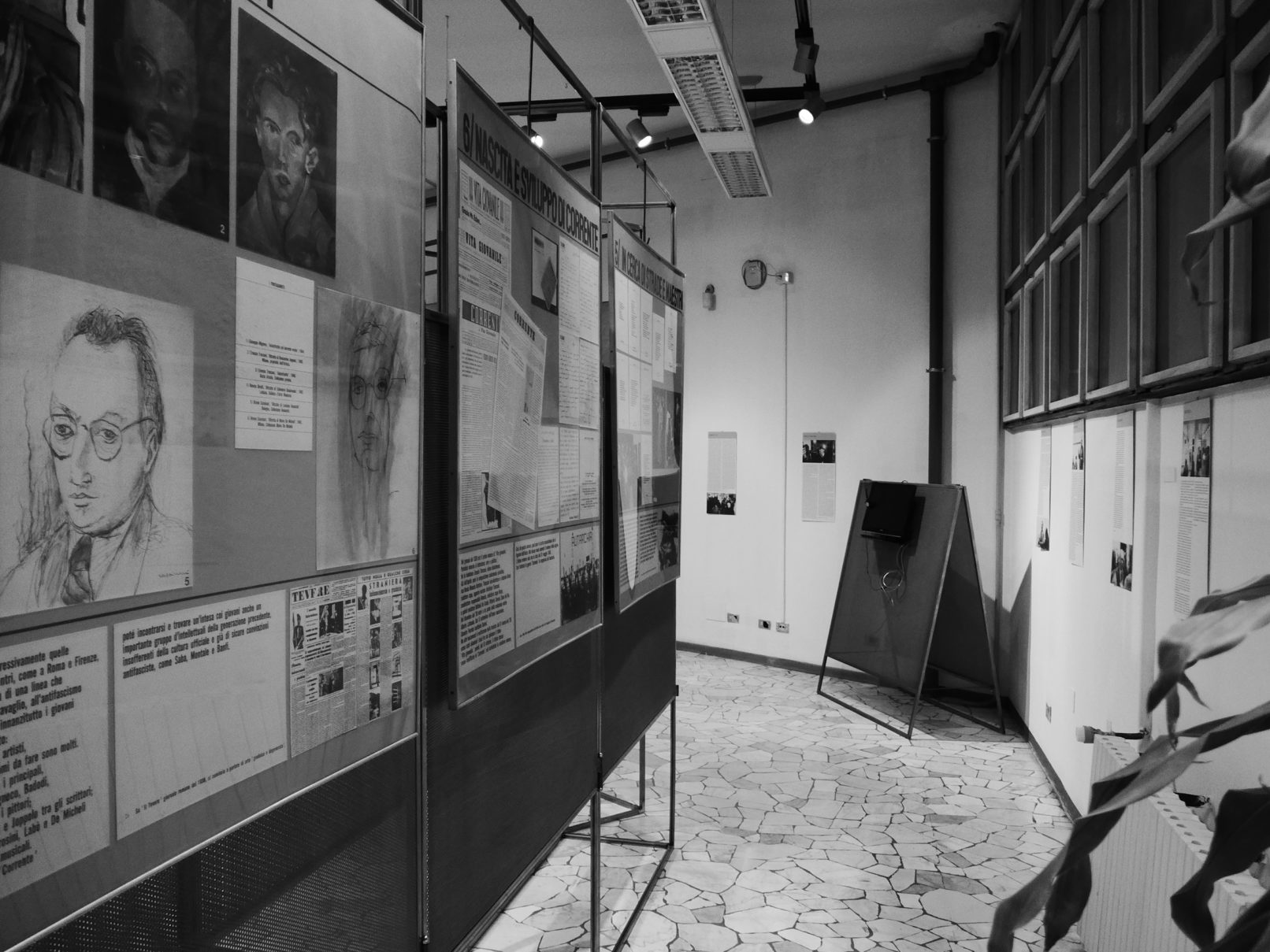 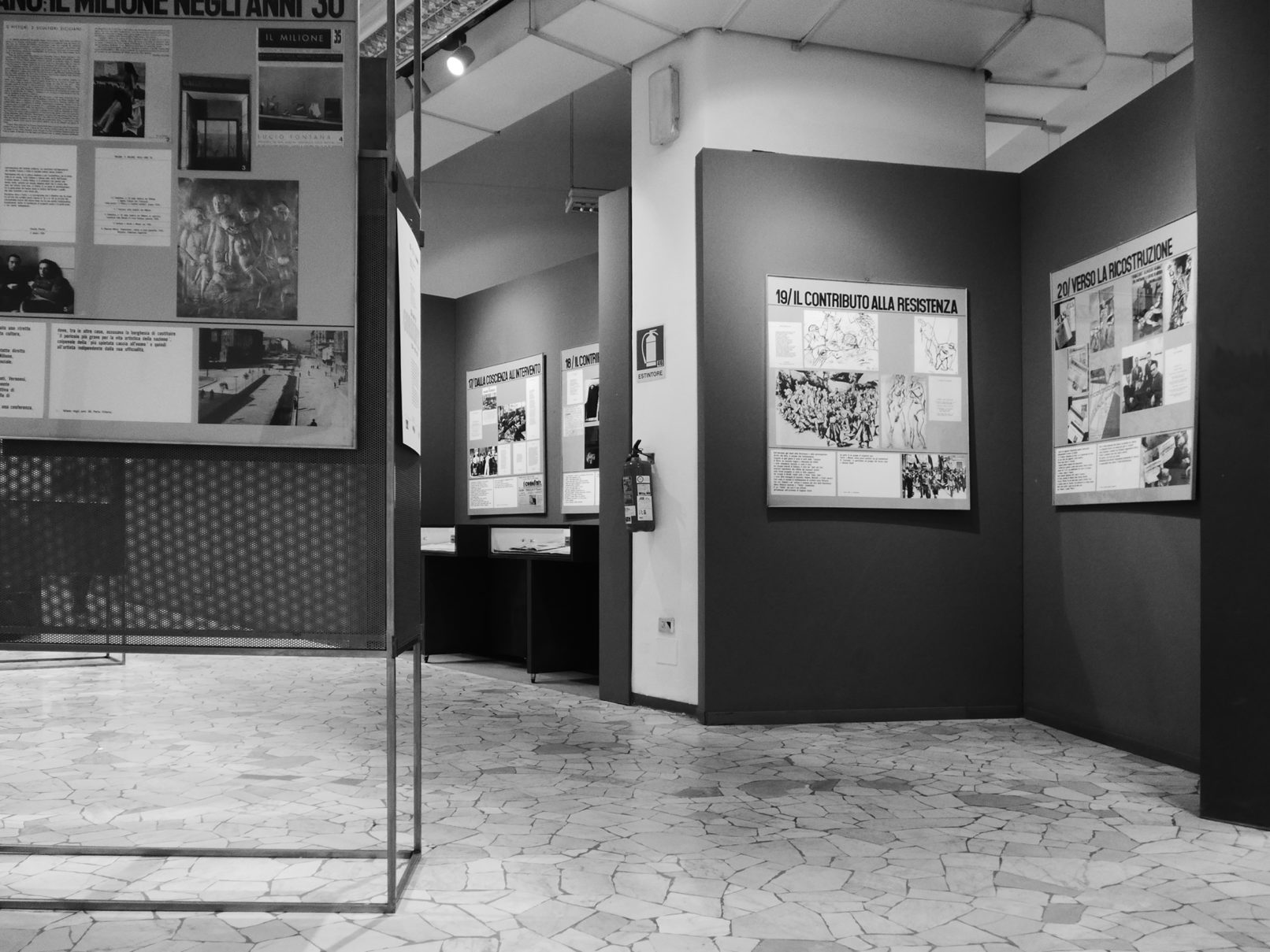 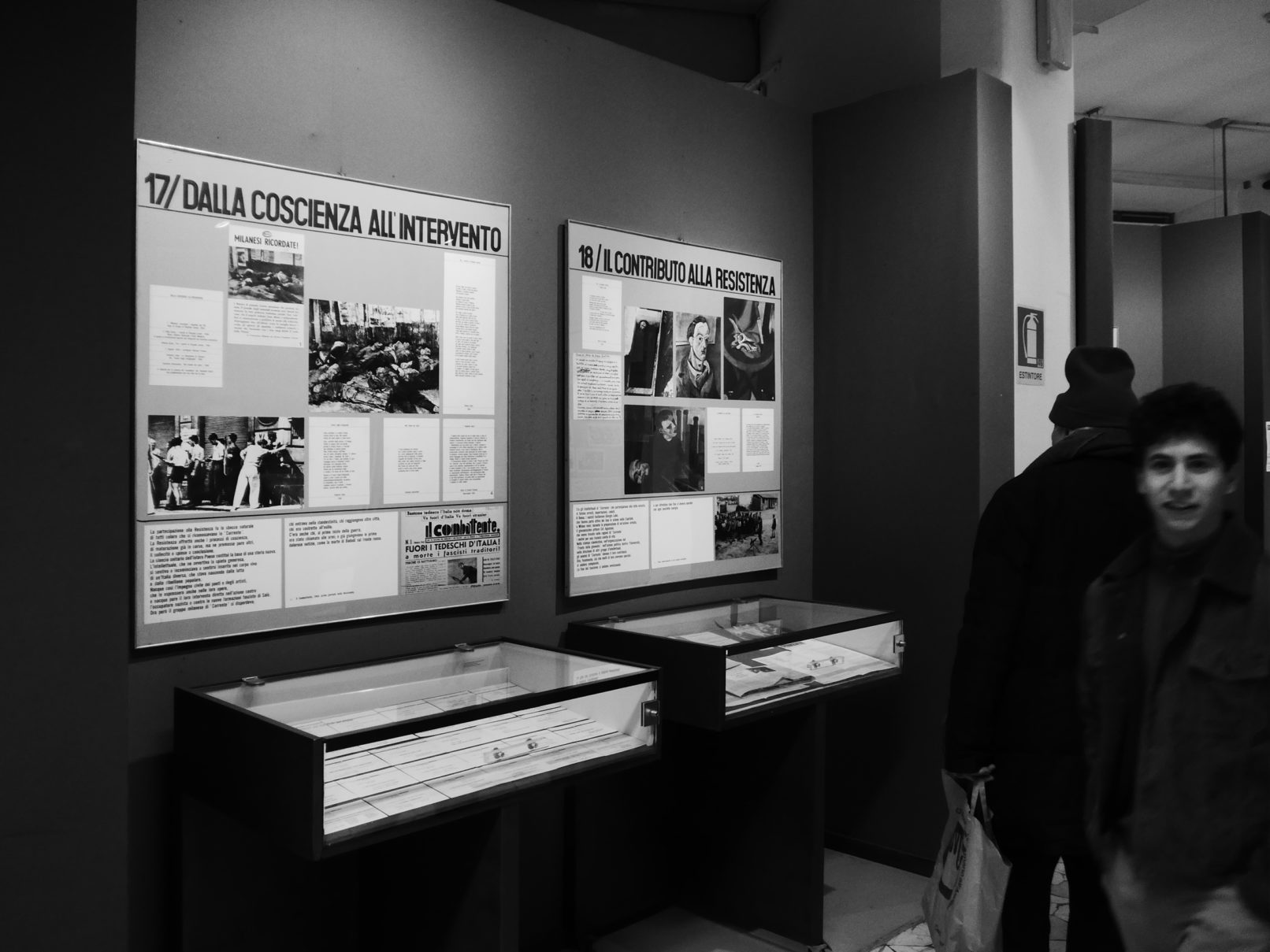 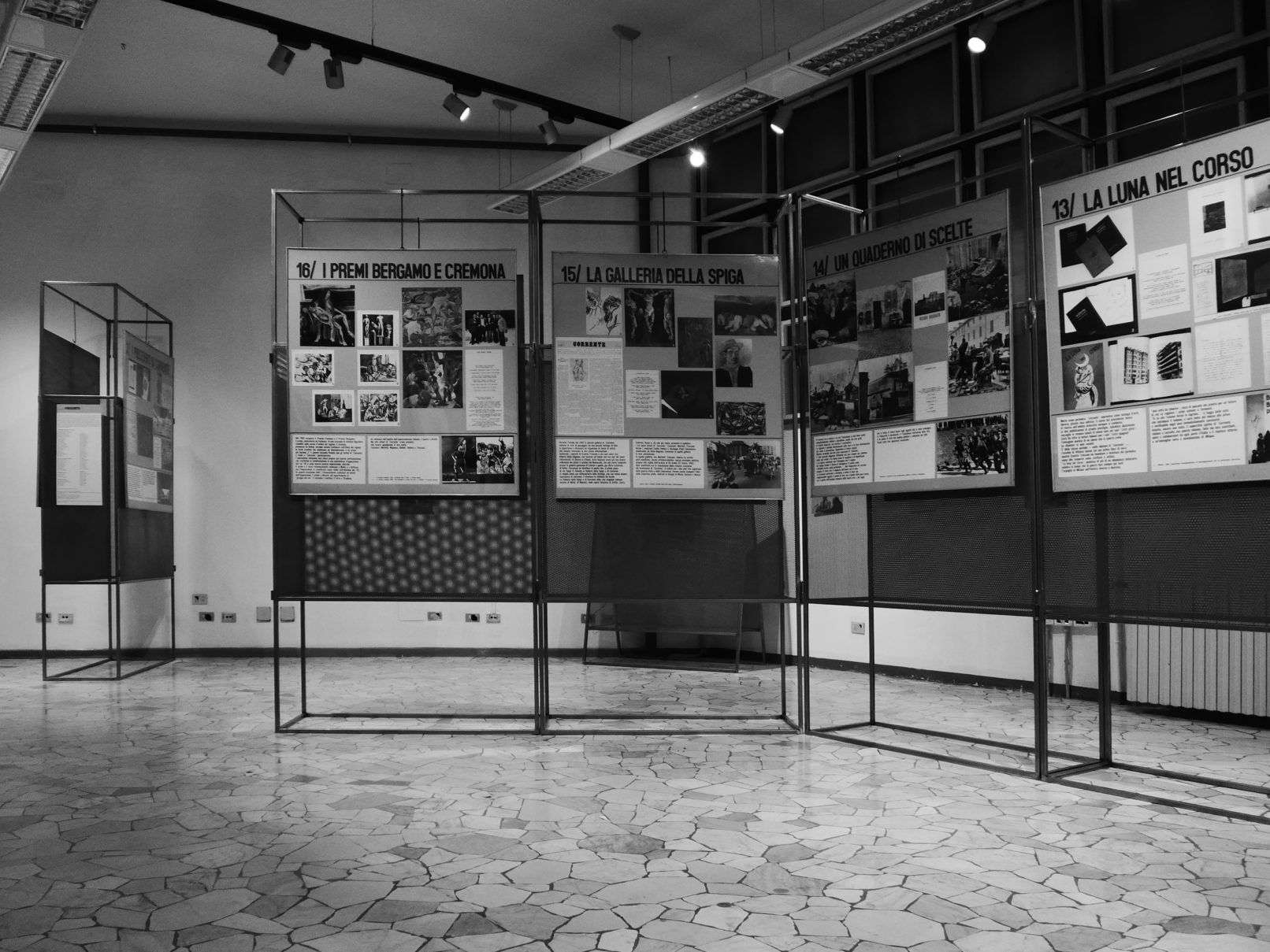 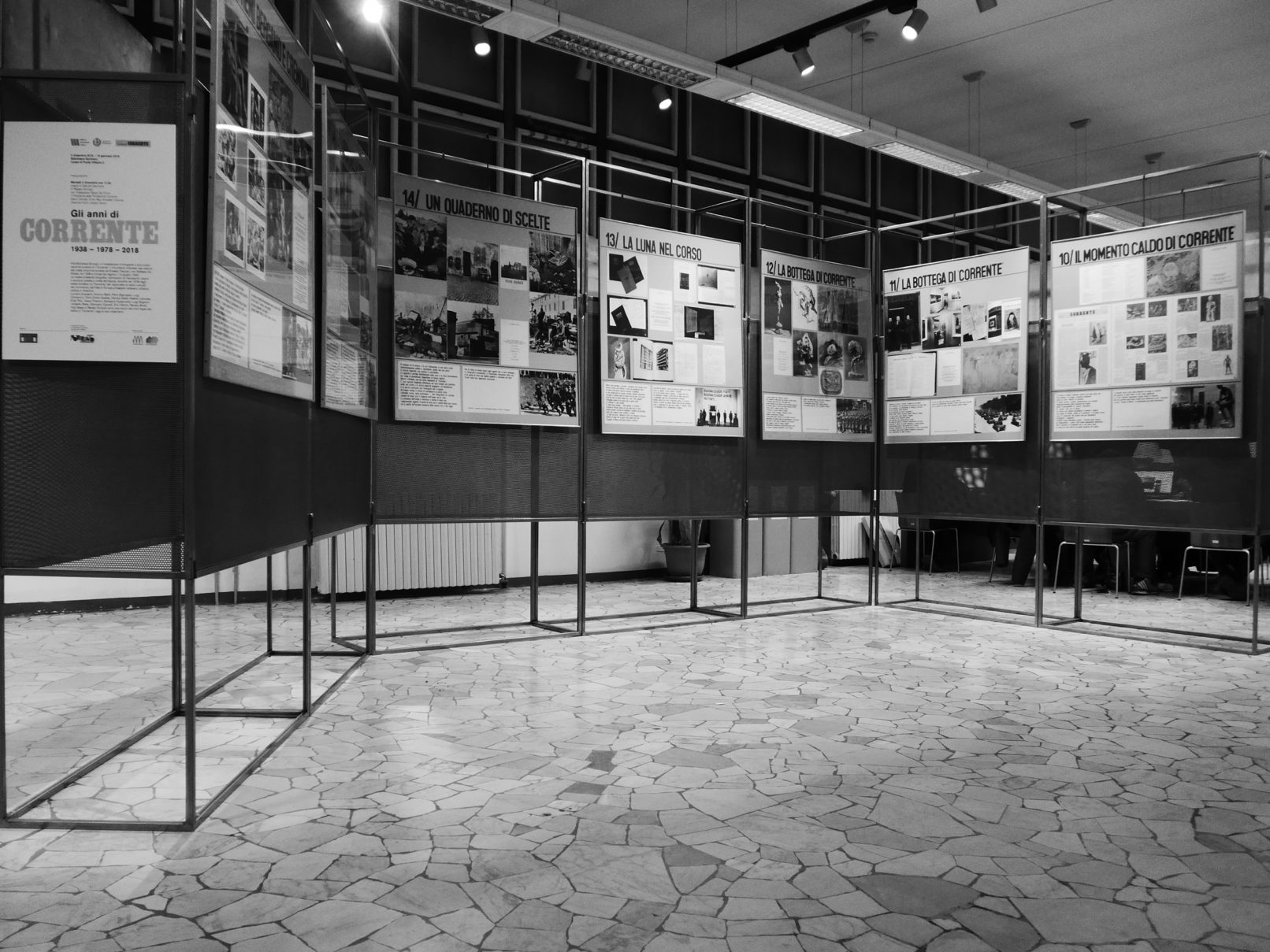 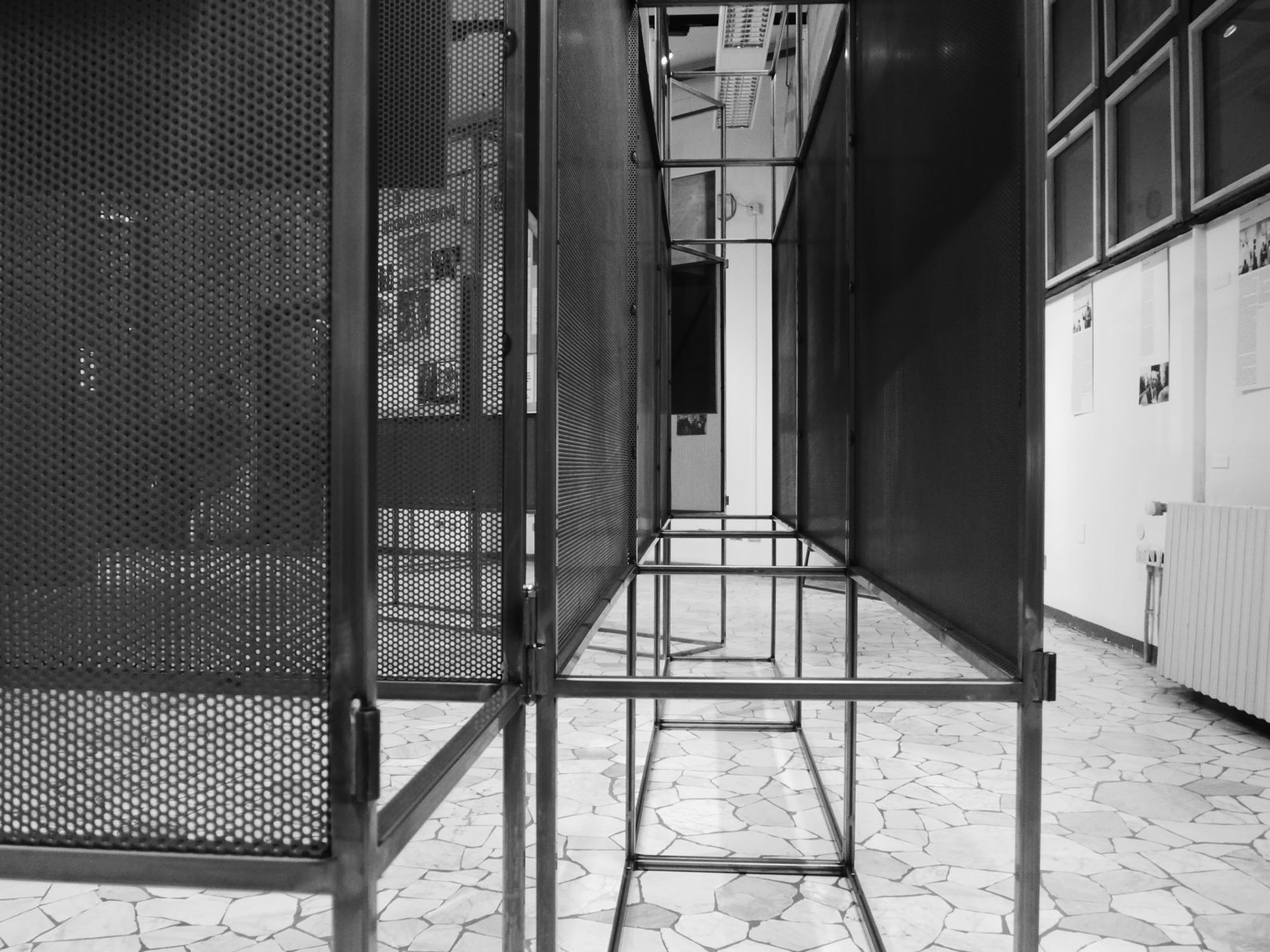 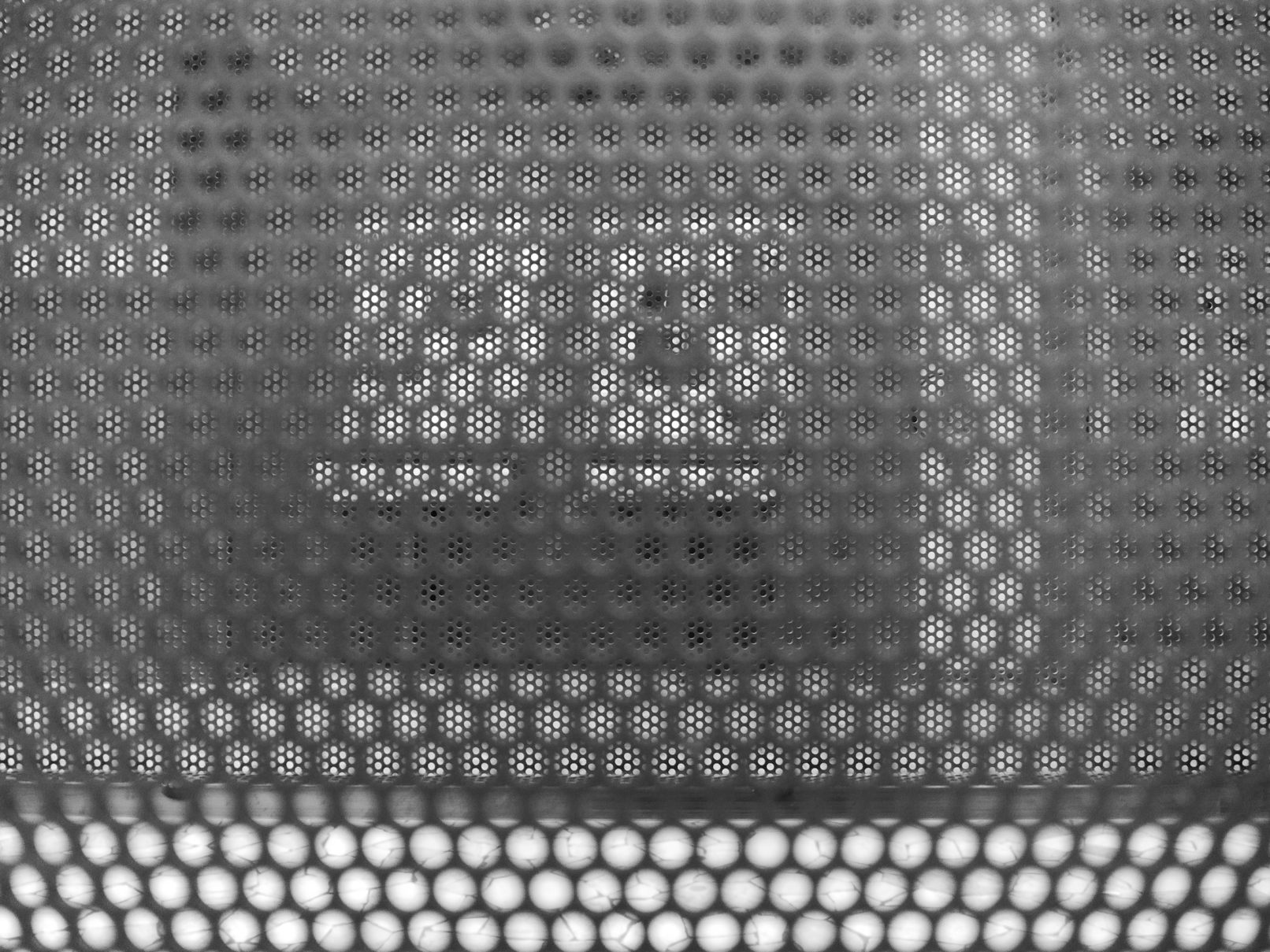 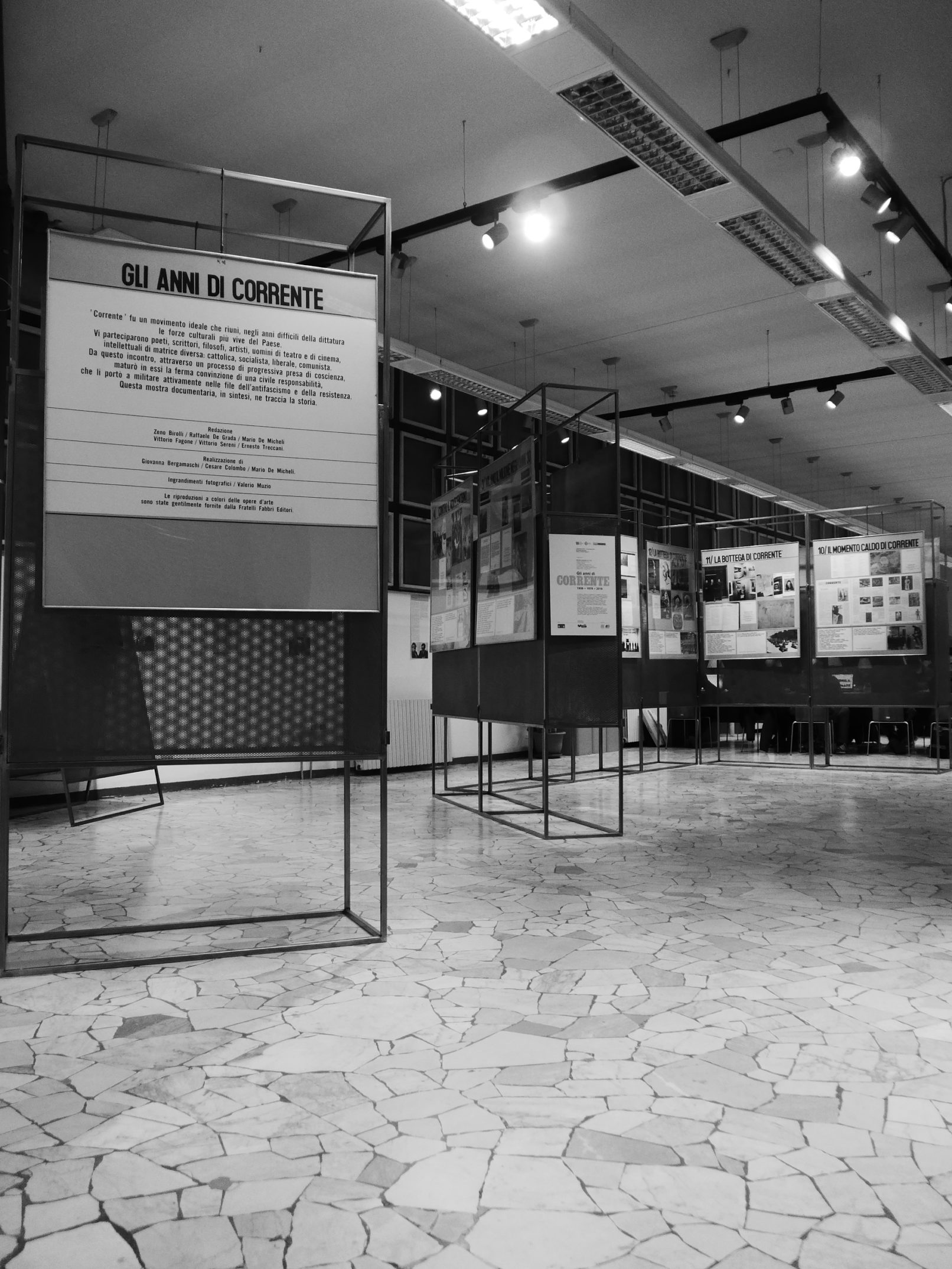 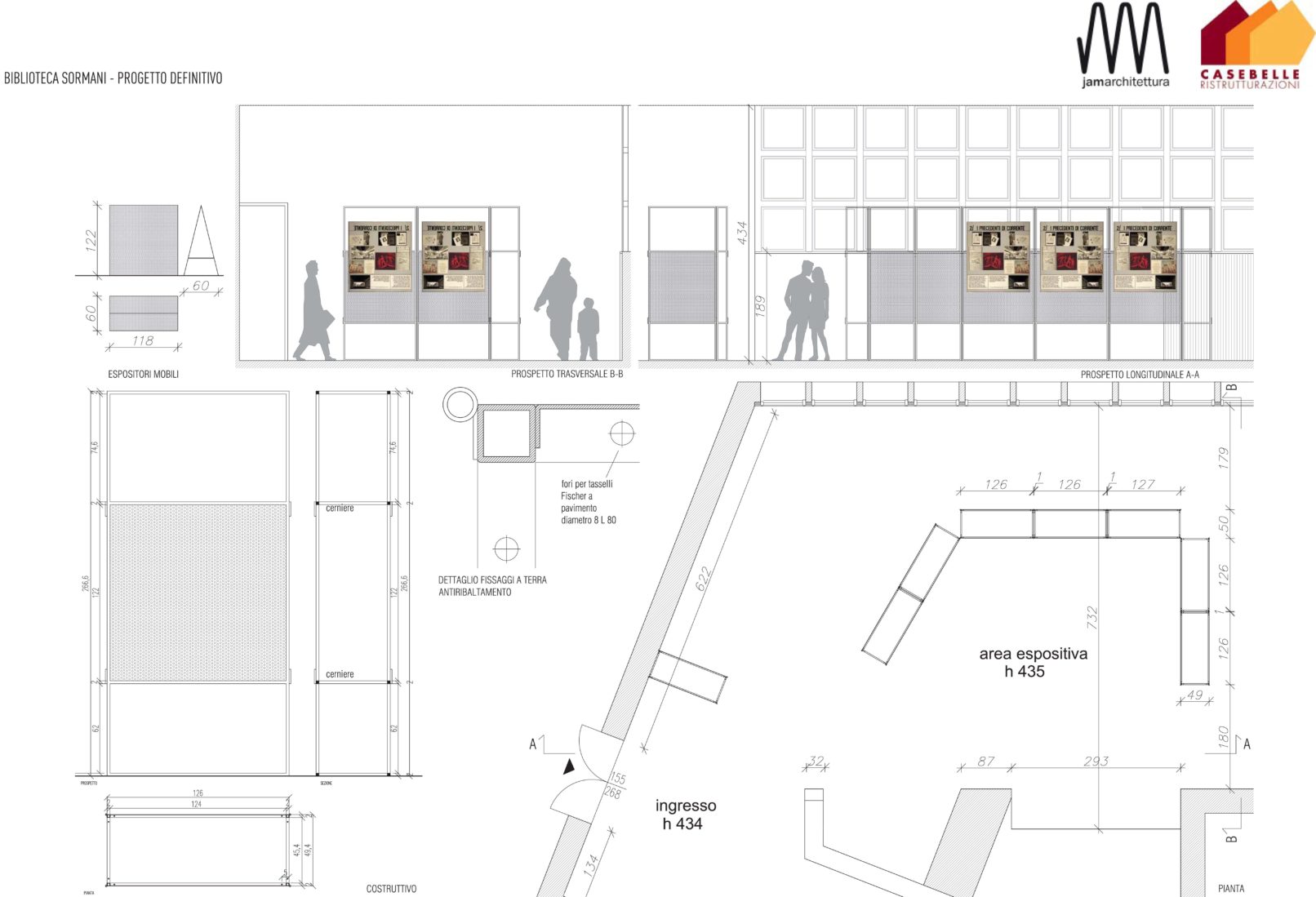 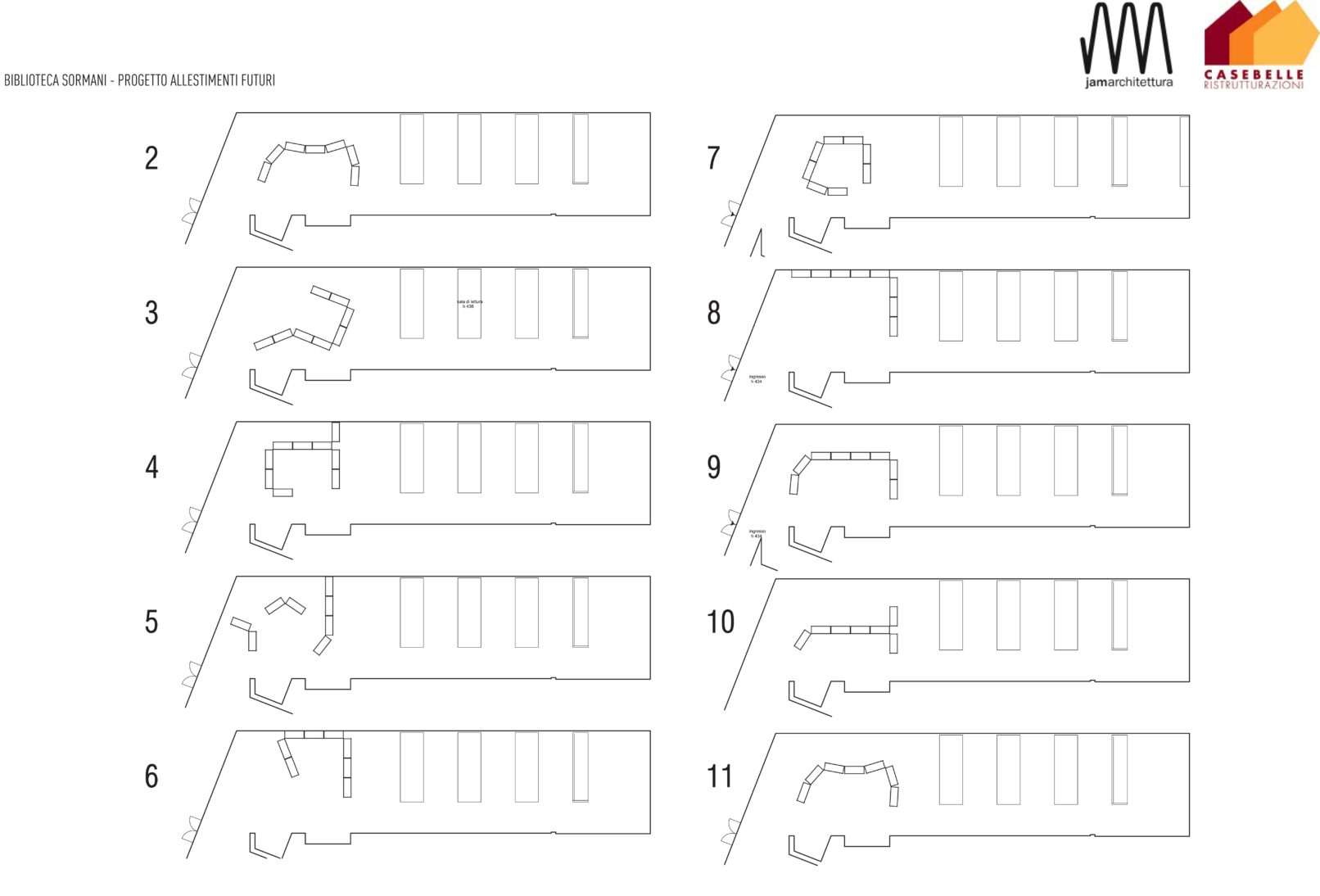