The main aim of our project is to highlight, no monumental or decorative performances, the public nature of the new settlement of the Capitol Two, reorganization of the place of the synergies of essential services in the city of Rome. It operates through the concrete mass in architectural form of a series of distinctions and claims. In this plays an essential role in the coincidence between architecture and urban design that is at the same time a differentiation with respect to each position of reduction for aesthetic or technical object that falls within the office type of large "company" (without failing commitment effectiveness and flexibility of use) and together with a statement of the nature of public intervention, ie of its offer as an open system, how to design, ie attribution of meaning to the space between things built and its interior space.

The morphology of the new urban collection is based on two essential elements: the system of four thin plates of about 40 meters high, 150 in length and 10 depth, among them formally and functionally interconnected and a large elevated square that looks beyond the open space of the railroad, towards the Aventine Hill with the Terme di Caracalla on its slopes, towards the Via Appia and the Bastion Ardeatino redesigned by Antonio da Sangallo the Younger in the Renaissance and toward the center of Ancient Rome: every future is founded on the soil of history. A tree-lined pedestrian walkway connects above the railroad raised plaza to the foot of the Aventine towards the Baths of Caracalla. The "plates", perceptually made even thinner on the articulation of cantilevered define warheads, compared to the dense and chaotic surroundings, a large open pedestrian space available to public-private exchanges: to it look at the transparent facades, the "big glasses" thin slabs. Three of them defend the wide space by different urban exterior nature with fronts filled with different materials: brick, veined marble, travertine, materials used for centuries in the city of Rome. The fourth plate, parallel to the rail, which it has the full face south iron corten, It is animated by a windowing system coupled and by protruding elements of solar collectors that dot the facade. Each face has its own exceptions as a way to support the ground, to offer themselves crossing, Calls the own opposite facing material, to underline with double heights of meeting places free of office workers. The large planned pedestrian area also allows you to build, in the great square to the south, progressive levels of differently-lined access, that connect with the extended green space which introduces the entire system from the ring Ostiense. 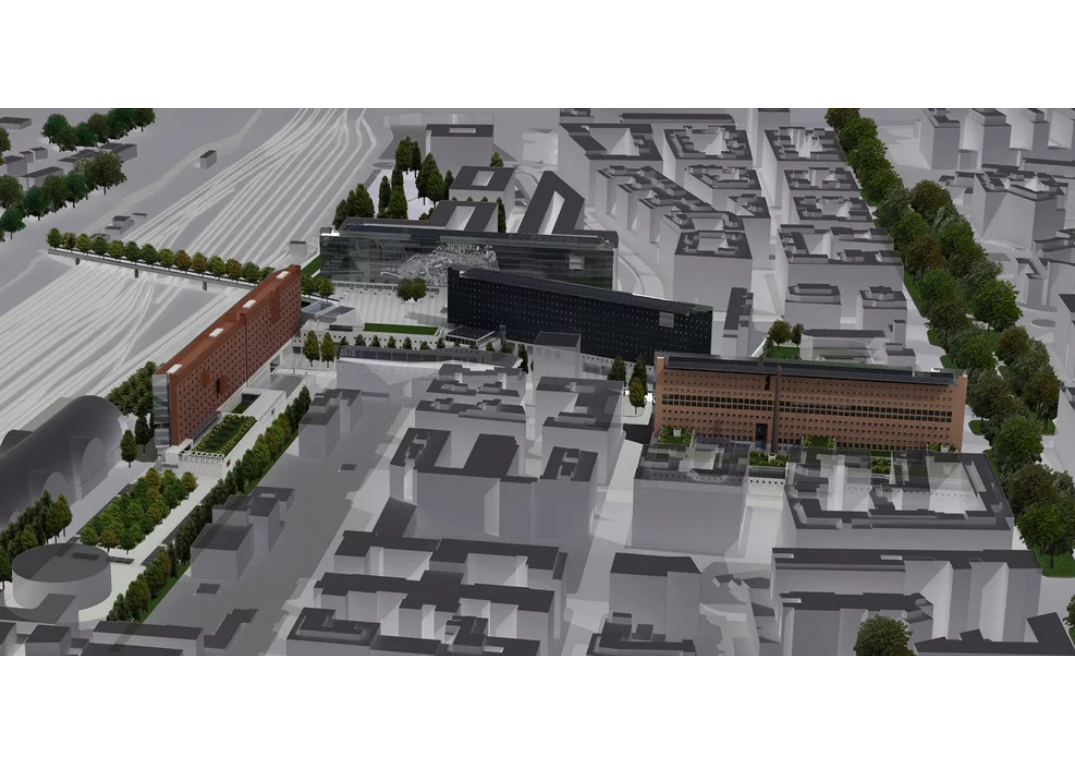 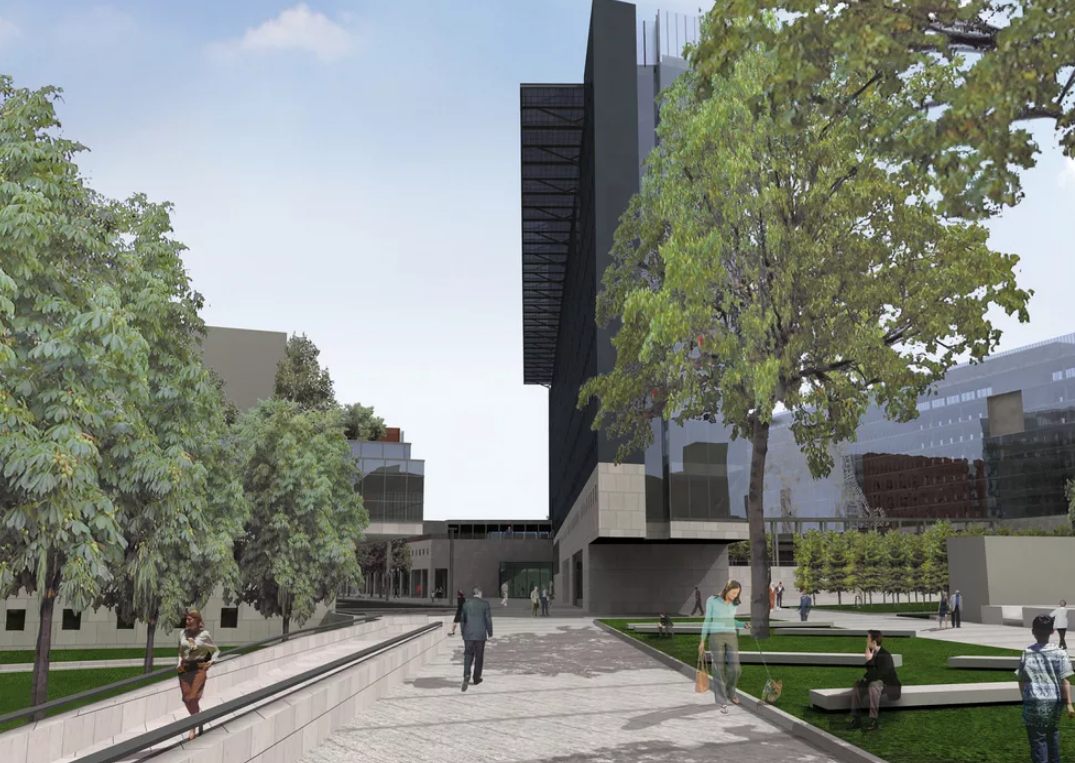 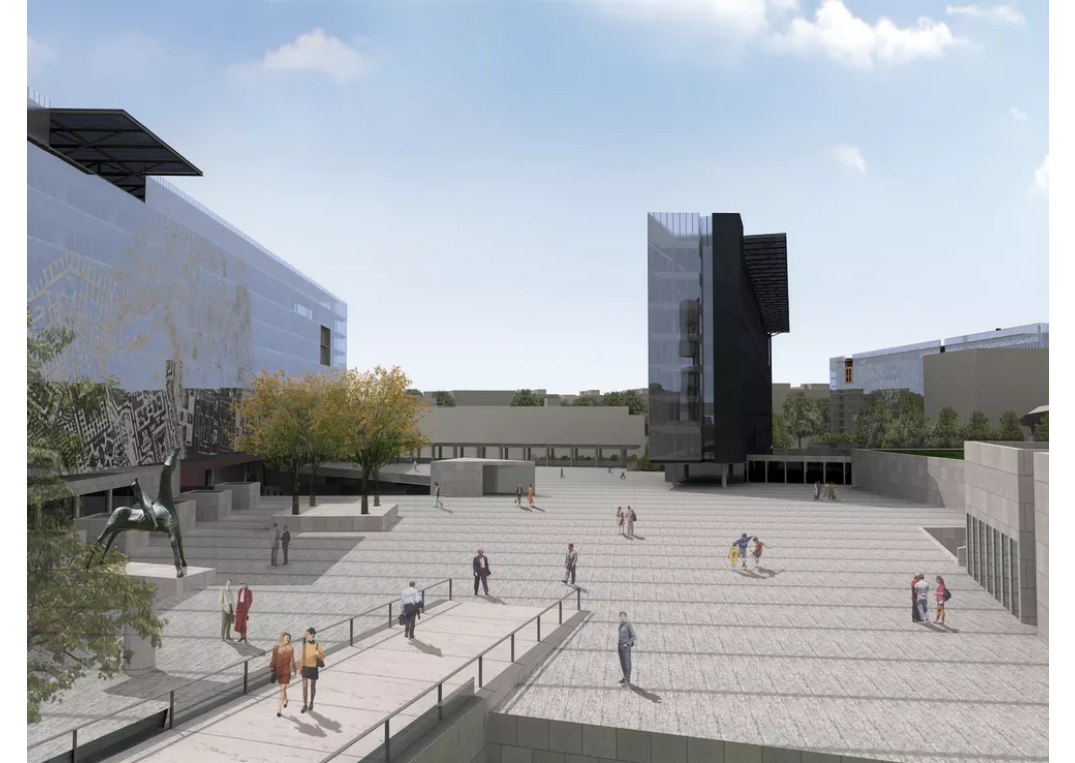 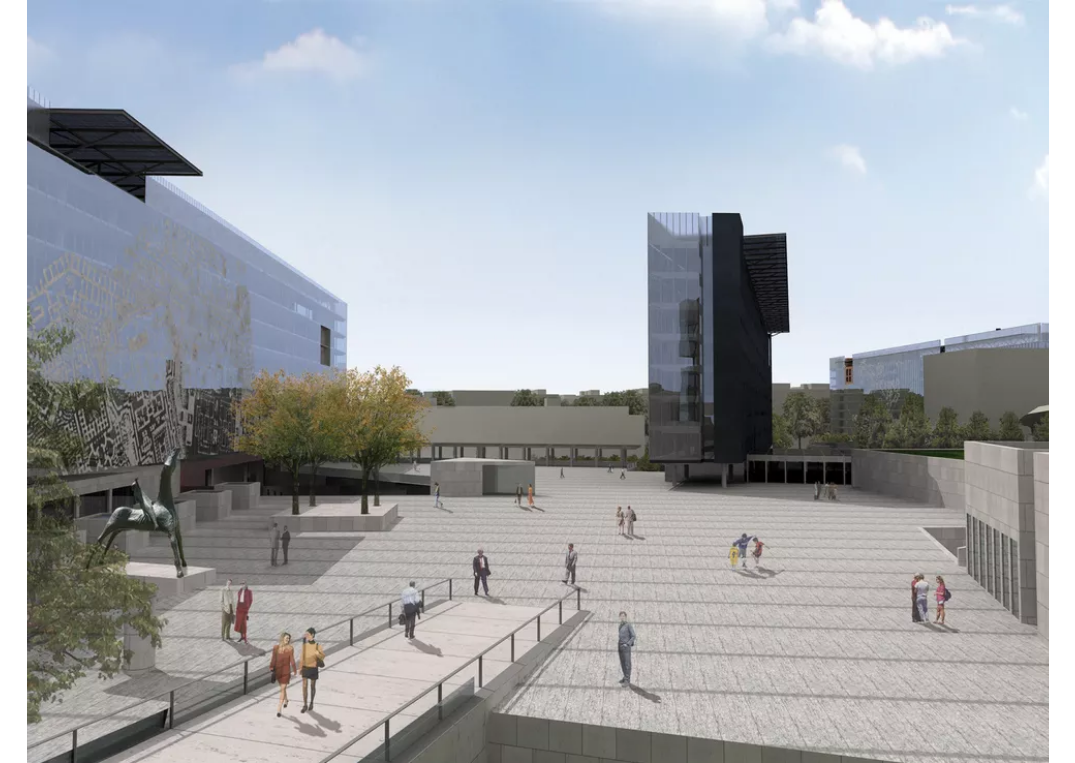