The competition concerns the reconversion and annexation of the building overlooking Piazza Del Duomo, called "Secondo Arengario", to the tour of the Museo del Novecento, with the aim of “create a single large exhibition complex dedicated to modern and contemporary arts”. The request for the announcement (modified by the Municipality of Milan during construction, a few weeks after the delivery of the first phase) it also concerned the design of an aerial structure that connected the two Arengari; an option faced by our design team, assembled and coordinated by Lorenzo Degli Esposti and with authoritative supporters from all over Italy, he responded immediately with a conscious denial, considering the choice of a perspective interruption between the Galleria Vittorio Emanuele and the Martini Tower to be wrong, designed by architect Mattioni, furthermore, considering it reductive not to be able to intervene even on the current exhibition space. The design work, focus on a complex and articulated underground connection (subsequently prevented by the announcing body during the second competition phase ..) and vertical between the two buildings, the Milanese underground and the squares above (piazza Duomo and piazza Diaz), they took place exclusively at a distance, through stimulating online discussions between colleagues in harmony in seeking a real enhancement of this part of Piazza Duomo, starting with the maintenance of a “broletto”, open and public, at the foot of the building.

Participating project, not selected in the second phase of the project. 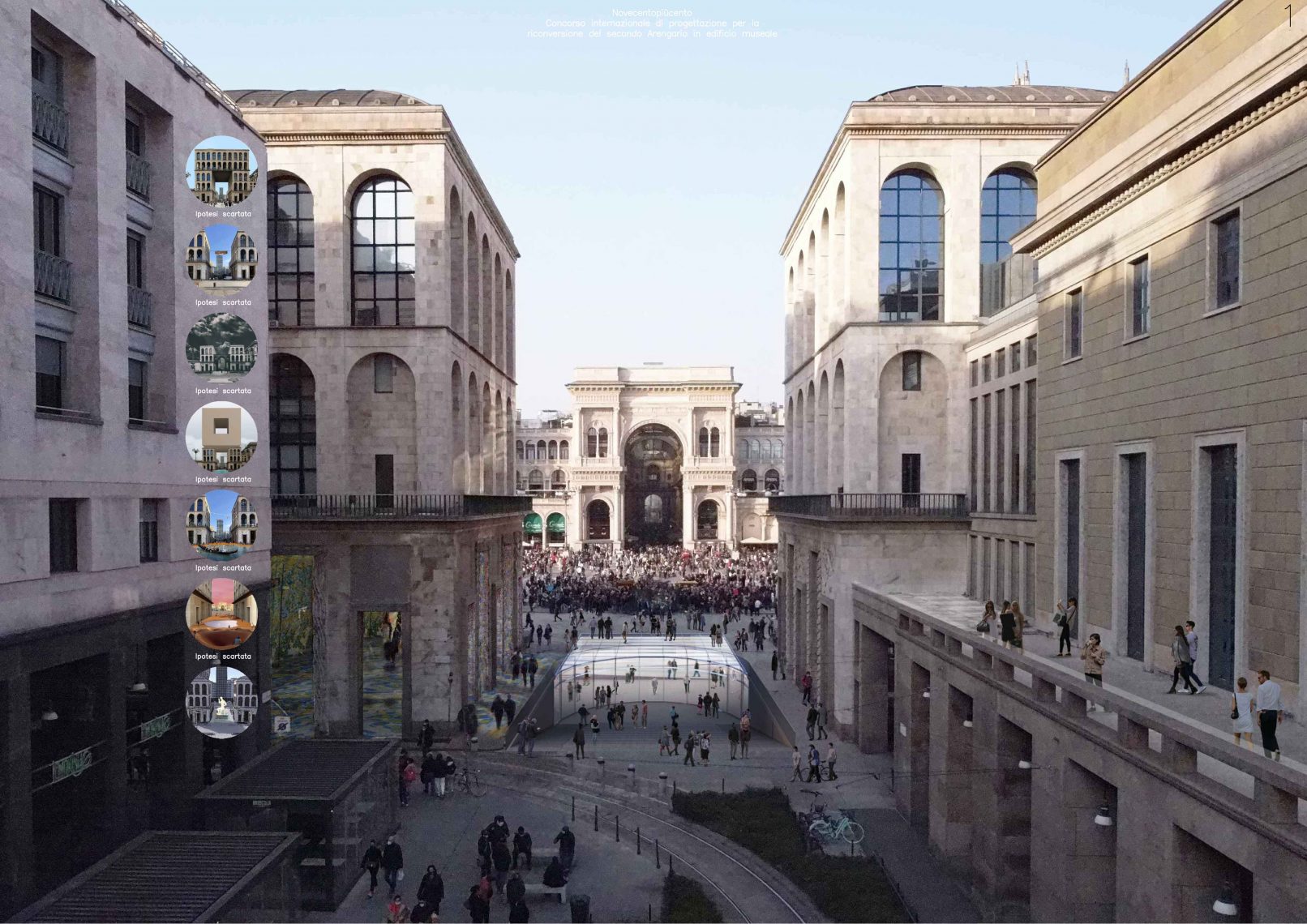 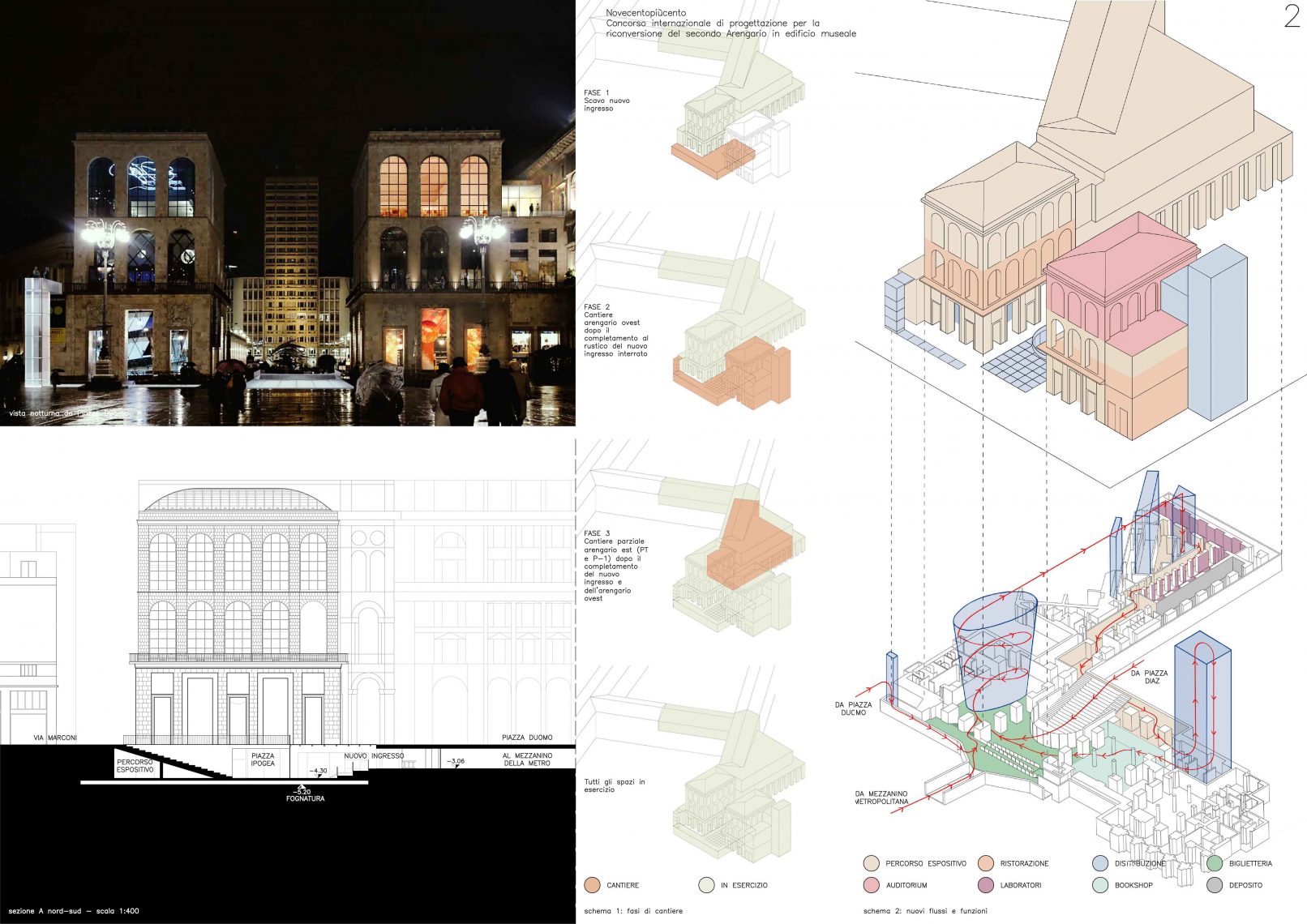 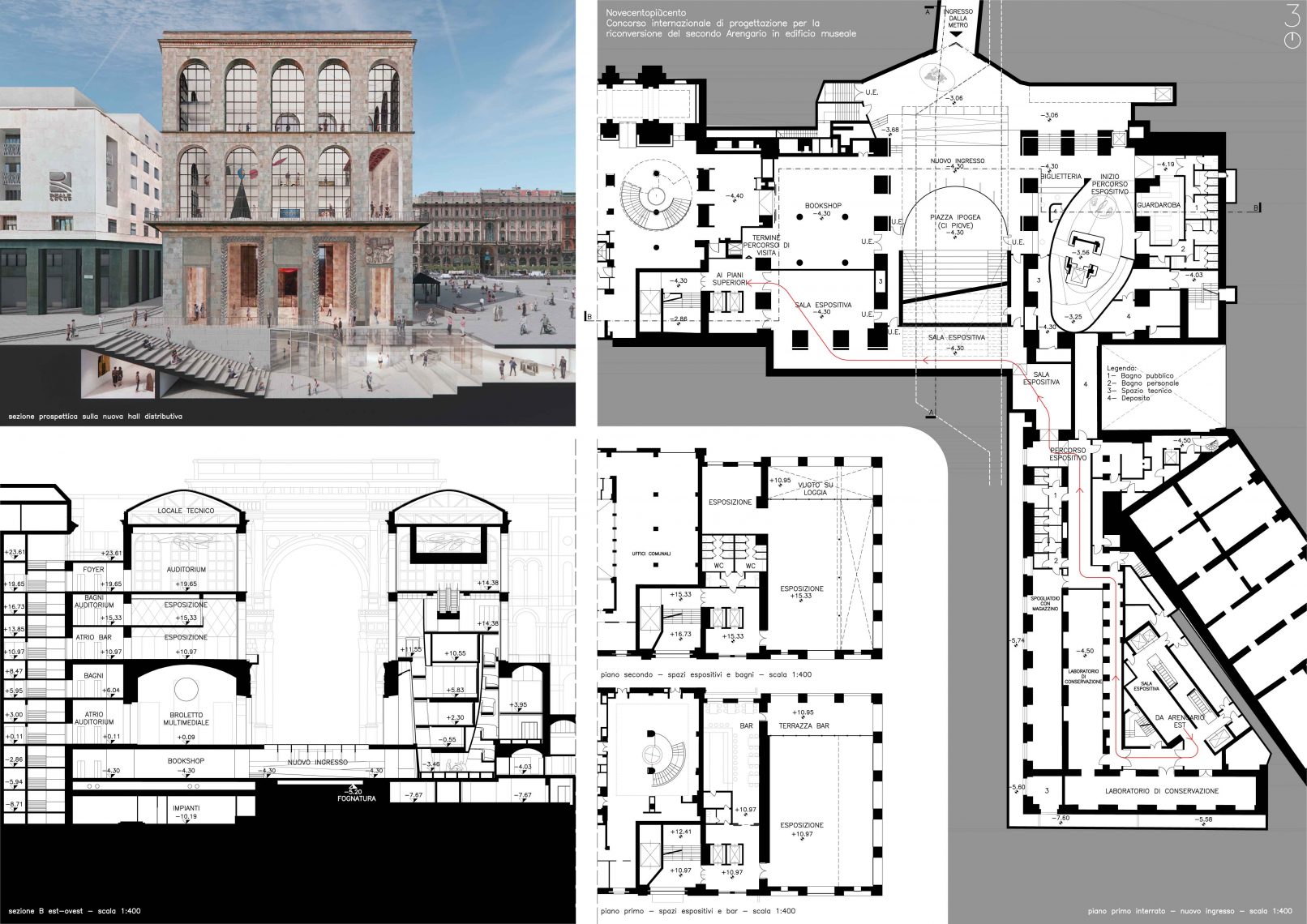 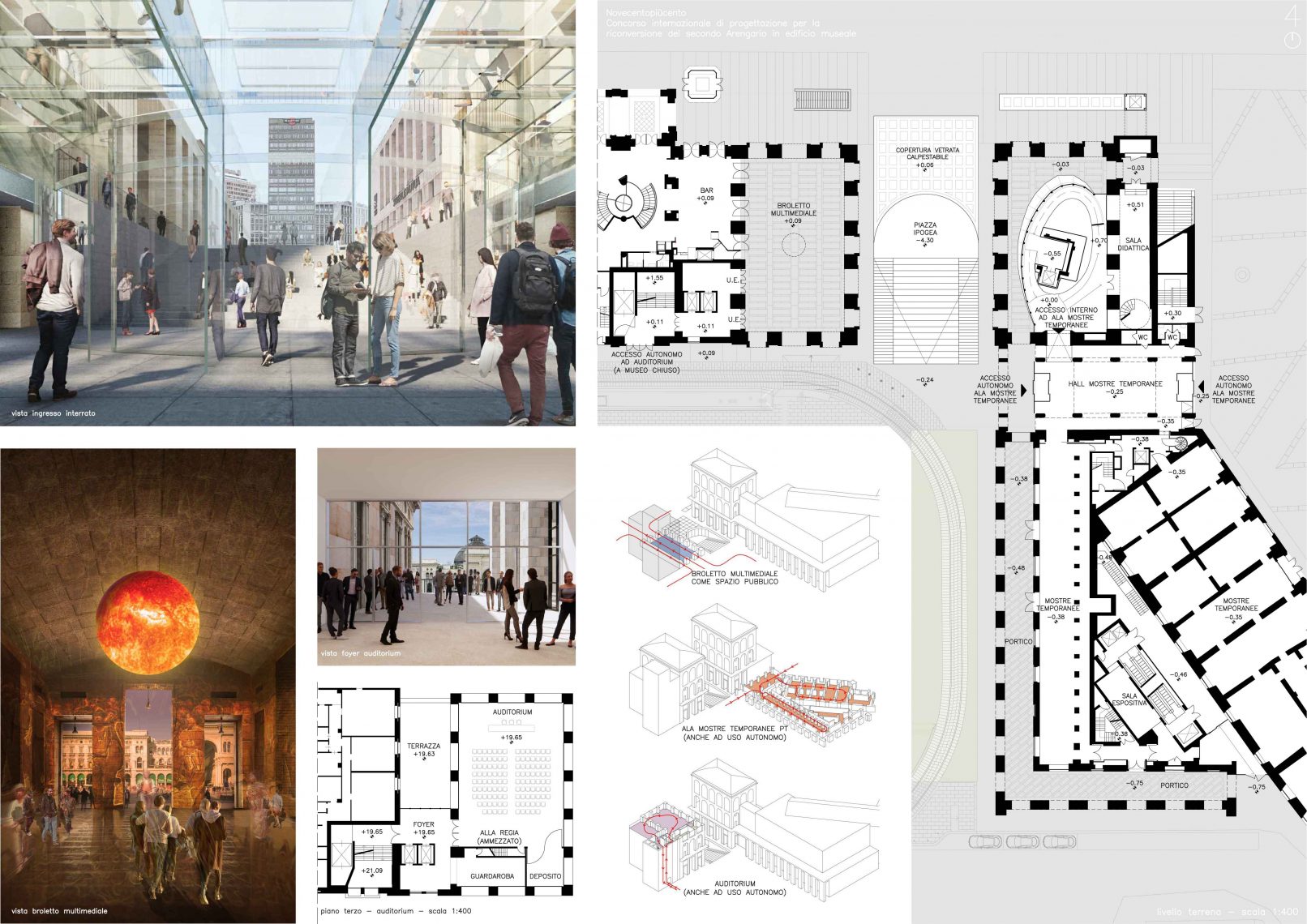