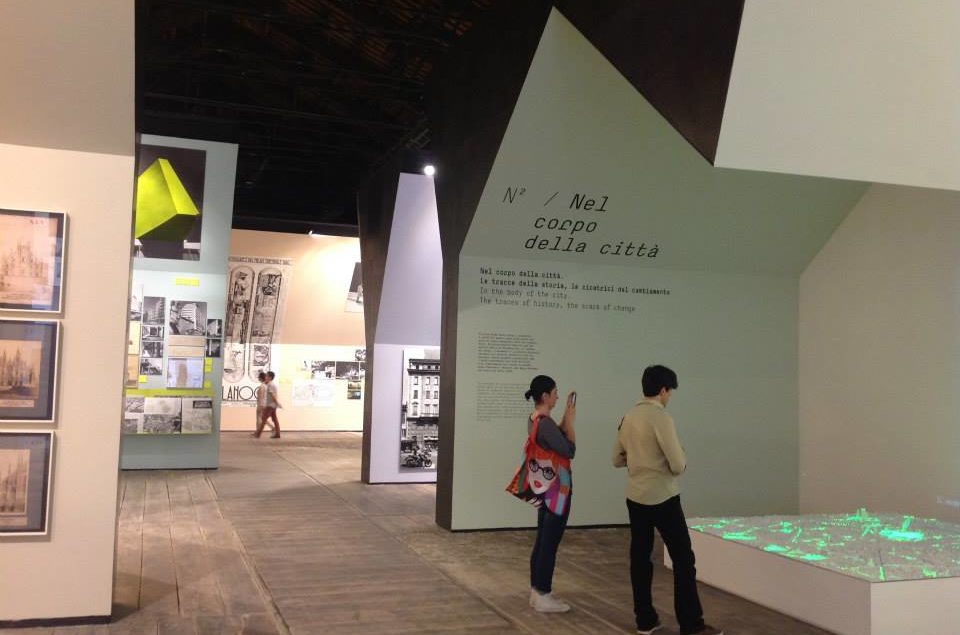 A little-used Architecture Biennale is hosted in the charming spaces of the Arsenale and the Giardini in Venice, This year exceptionally extended from 7 June to 23 November and curated by Rem Khoolaas.

The dearth of visitors is perhaps reflected in the "fundamental" lack of interest of the Italian public regarding the fifth Art, especially if contemporary: mistreated, reduced to pure design and bargaining chips, a little stimulated by competitions, poorly communicated outside experts; it will be necessary to start from primary school to rebuild a minimum of shared architectural culture. Yet Italy, and in particular Milan, It is being targeted by Rem Khoolaas, dominus on the international scene and best expression of a renewed "International Style", well supported by the cement multinational, that by "box factory" of the forties, who has trivialized the thought and works of the masters of the Modern, It has come to the winding and spectacular buildings of the Rotterdam School, for nothing heir to the classical Delft.

In the central pavilion, through collections of texts, film, advertising and "evolution diagrams" we are introduced to a job on "elements" architectural - from handles the escalators, ennobled to "fundamentals" of architecture - the object of a search of the Harvard Graduate School of Design.
All’Arsenale “Monditalia, a scan ", stages, pleas on the motif of the multidisciplinary, an exhibition and research on Italy, to analyze what has become: a great schedule, dozens of video projections of films made in Italy, from "Shoeshine" to "Milan Caliber Nine" - seamless - dance theaters and laying where young artists celebrate artistic movements of our times, unfortunately without an audience in front, and enliven the grandiose space of the Arsenale, where until the twentieth century were instead built solid ships ready for battle ...

At the G8 Maddalena is a dedicated video ("La Maddalena", di Ila Beka & Louise Lemoine) Stefano Boeri sees that participate on the crime sites with the sincere story of a predictable failure, as many major Italian works, by Mose of Venice to the future of the Expo site 2015, which the country will collect the material legacy, not having received the ethical and moral. Other sections are devoted to such prefabricated houses Eagle, ("L'Aquila's post-quake landscapes" by Andrea Sarti and Claudia Faraone), those of refrigerators with spending already made for television; the new "ideal city" of Milano Due, cherished goal of footballers and Olgettina (“Sales oddity. Milano 2 and the politics of direct-to-home tv urbanisme” di José Esparza Chong Cuy, Andrew jack); Finally, the factory rhythm, now carved only on the soft wood, of what was once the identity of Turin, where the face sly Marchionne stands between photos of a world of work outsourced (“The business of people” di Ramak Fazel).

A large wall, “Radical Pedagogies: action-reaction-interaction”, try to put together the great collective experiences from sessantottino employment dispute Triennale (thirty years later reoccupied otherwise institutionally) the architecture of the participation of Giancarlo De Carlo, They have formed a generation of architects, the same age as Rem Khoolaas; his eye third, stripped of superstars role ("architecture, not architects "is the subtitle of the exhibition) and through a collective analysis and by parts, He puts the bare land, with some deliberate distortion and superficiality perhaps to stimulate levied (since the details of the handles?) and the show is still amazing in its bleak reality: Public commission no longer exists and even a ruling class capable of conceiving architecture as one of the fundamental aspects of an era, a policy and a society.

Other tone for the construction of the Italian Pavilion curated by Cino Zucchi, structured and thorough research theme "Clutch / Grafting" and centered on Milan, probably ahead of Expo 2015; a section dedicated to the fans of the 'International Exhibition, with "graft" of signatures sometimes unexpected, It combines some interesting research on the identity of the city, He recognized in its architectural and social themes DNA and converted into "houses" that divide into periods and colors "the body of the city".

In his final stand follower skyscrapers want-to-be-new-york-but-I can and daily news clippings (Libeskind: "My tower inspired by the Duomo designed by Leonardo", nothing less; Benevolent: "The towers for Milan? The worst project "). Under a large truss gabled are accepted, with a stage set in iron oxidized to rectangular trunks, in dialogue with the environment overlying, a series of backlit photos of selected contemporary Italian projects, including the monument to Garibaldi in Caprera Pellegrini, the much-discussed Expogate of Scandurra, the buildings of Park and Quattroassociati.

Beyond the threshold of the Virgin Garden, where Italy is represented in a sculpture as a metaphorical roller coaster leaning towards nothing - always optimistic! - the tasty exhibition "outside the city walls" of an independent Catalonia (Grafting architecture. Catalonia at Venice), where projects of the School of Barcelona - who along with Madrid and Porto, and recently it formed a "militant" class of well-trained European architects to the culture of the "genius loci" - returns to architecture in its most appreciable "fundamentals": spray, projects, models, drawings, images of works where the comparison with the history and the specificity of the place becomes a prospect for the future, anti global version; It is over the period of mystifying rendering and video installations: "Architecture is not a Martini" titled a famous collection of aphorisms on Moderno.

From past Biennale Kazuyo Sejima, who refreshed minimal in its best epos, to that politically connoted by Rem Khoolaas, where architecture is primarily investigation of reality and worldview, the environment and insights are always worth a trip to Venice, especially in the current historical moment, where we expect big changes, after maybe it has bottomed: "Recouler to jump better".